***This is a brand new London, England-based Book and Music Review section.***

A Review of Buttertea at Sunrise
(Summersdale Press, U.K. 2006)
by Britta Das 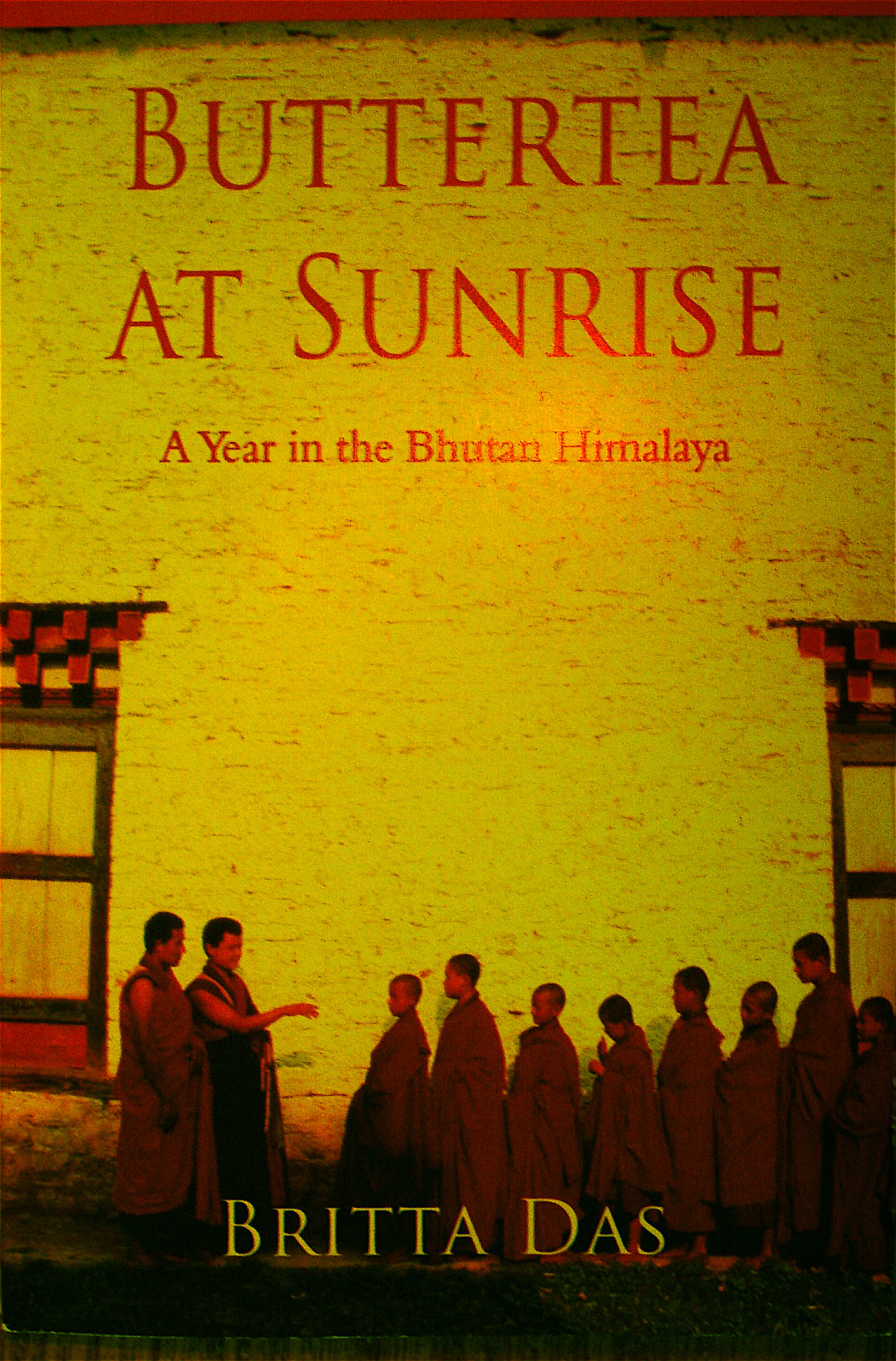 It's hard to tell by reading Buttertea at Sunrise that the work marks Britta Das' first foray into the literary world. A physiologist by training, Das has set down in honest and often beautiful prose her experience of working in a remote hospital in the Bhutan Himalaya, with compelling results; the reader is drawn into a surprisingly intricate and thoughtful tale with rich portraits of the landscape and moving accounts of the people who inhabit it.

And it is the people who occupy the foreground when Buttertea is at its best. The honest intensity of Das's compassion is contagious, and the reader is allowed to participate in her fascinating journey into the village of Mongar through a series of encounters with the locals that run the gamut from comical to poignant, friendly to hostile. The strength of this approach is that Das is able to avoid slipping into cliched storytelling, opting rather for the more difficult and rewarding task of presenting each and every character as a rounded individual.

With the same sense of care, Das turns her eye and her pen to the sights and sounds of the Bhutan. Describing a chorten, a Buddhist stone monument containing sacred relics, her language reaches a nearly lyrical pitch:

"Time has made this sanctuary one with the mountains. Tall grasses and mosses have covered the flat roof in patches of green, and the once whitewashed stones have returned to their original yellow and brown. In some places, chunks of rock have broken out of the wall, and the paint is faded on many of the stone slates."

This brief passage shows an attention to the sound of words that mirrors and strengthens the impression of the images it contains.

But just when one settles into an interesting story of one woman's experience in a strange land, the twists begin to emerge. A relationship with a male co-worker becomes charged with an unmistakable tension, and the reader recalls earlier hints about how a broken relationship affected Das's decision to leave her Canadian home. Through this co-worker, a dashing and driven Indian doctor, Das is introduced to a host of religious and philosophical concepts related to the tantric Buddhism that structures life in Mangar. Add to all this the difficulties of practicing medicine in the remote village, the issues raised by a traditional society on the verge of irreversible modernization, political intrigue, moments of mystical speculation, and a truly unforeseen conclusion, and you can begin to see that Buttertea at Sunrise is a highly ambitious work.

It would certainly be forgivable if a first effort of such complexity left a few loose ends untied. And at times, Das is dangerously close to allowing the many facets to diminish the satisfaction of a clean and robust narrative. Some of the relationships that open promisingly in the book's early chapters are closed too summarily for comfort, and occasionally an unfortunate and confusing hastiness colors the prose. That said, however, the sturdiness and continuity of the main story arc does more than enough to balance these weaknesses. Rarely do major characters or events in the story appear without adequate introduction, and it is clear that the author has once more taken care that the story should have a sense of flowing evolution.

Although regular readers of travel literature will probably find the most to love between the covers of Buttertea at Sunrise, its richness should appeal to anyone who appreciates the capable telling of a fascinating story.